When I said culture clash in relationships, the first thing that came to my mind was the phrase of our ancestors, ‘Even the drum beats the equal’. Many people value these proverbs and believe that these words are derived from real lived stories. So, can’t men and women who have grown up in two different cultures establish a successful relationship? Or what is the lower and upper limit of this cultural difference?

The answer to our first question; both yes and no. Two adult people who grew up in two different cultures can establish very successful relationships and maintain these relationships for years. On the other hand, there are many couples who fail to do so. There is no such thing as an upper or lower limit in cultural differences. Now imagine that a person who grew up with a modern lifestyle in the west of Turkey and another person who grew up in the east of Turkey fall in love with each other and somehow get married. Another couple, on the other hand, belong to two different countries or even two different religions. Which couple do you think has more culture clash? Which one fights each other more because of culture? There is no clear answer to this.

Culture changes and forms according to the social structures, lives, economic qualities and development levels of societies. As we can understand from here, society is effective to a certain extent in the formation of the characteristics of individuals. No matter how much you love a person, the persistence of cultural approaches and habits forces couples at the point of compatibility of the relationship. Cultural differences that don’t seem like a problem early in the relationship, even when love blinds you. As the relationship continues, it can harm both parties. Habits that cannot be changed between couples can lead to tension first, and later to severe incompatibility and an unhappy life.

In relations, attention should be paid to people’s visions and perspectives on life rather than cultural differences. Couples, of course, may have different characteristics and habits. It even helps nourish the relationship. However, two people who do not have the same vision cannot even form friendships, let alone a relationship.  It doesn’t matter in relationships that you share the same culture with someone you don’t share the same view of life with.

If individuals cannot make joint decisions about their relationships and life, the same cultural characteristics do not mean anything.  Research shows that; Couples with common interests spend more quality time with each other. Since they have the same view, they can empathize with each other more easily.

The good or bad of a relationship depends on how partners communicate with each other. 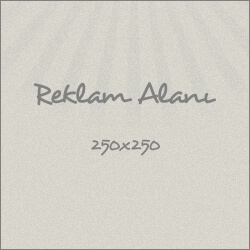